One of the al-Hashd al-Ashairi commanders confirmed the entry and exit of US troops to and from Iraq via Erbil without informing Baghdad, saying that such a move is a violation of the sovereignty of Iraq.

The American forces periodically change their forces in the north of Syria and the forces present in the city of Erbil, and these forces are easily moved, Abu Badr al-Shammari, the commander of “Hashd Shamar”, a subset of Hashd al-Sha’abi forces, explained in an interview with Almaalomah.

Stating that American troops use Simalka border crossing, to enter Iraq and transfer to Anbar province and establish themselves at the Ain al-Assad base, he said that the entry and exit of American troops from Iraq is being taken place while the Iraqi security forces and state officials are not aware of such a thing.

Such a move by American troops is a violation of the sovereignty of Iraq. Because the Iraqi officials must be informed by entry and exit of these forces, he stressed.

The Simalka crossing connects the Iraqi Kurdistan region to Syria to the north and is controlled by the US-backed Syrian Democratic Forces (SDF).

The entry and exit of American troops without informing the officials of the Iraqi central government is one of the protests of Iraqi politicians, party leaders, and representatives, and they want to record any movement of these forces, especially in the Iraqi Kurdistan region. 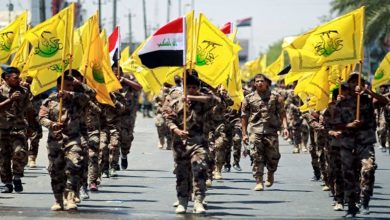