The spokesman for the Joint Operations Command in Iraq, Tahsin al-Khafaji said on Sunday that the Iraqi, Iranian, Syrian, and Russian officers are in the quartet committee, which has successful operations to arrest the terrorists and foil their plots.

The committee’s purpose is to maintain security coordination between the countries and work in the form of a participatory system to fight terrorist groups and exchange intelligence about them, he added.

The Iraqi Quartet Committee on Intelligence Exchange and Security Cooperation with Iran, Syria, and Russia was established in Baghdad in 2014, with the membership of the countries’ military affiliates and Iraq’s representative. 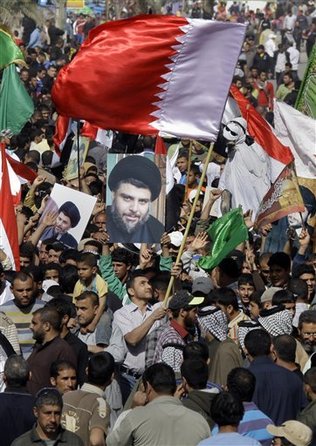 Muqtada Al-Sadr supporters rally against US presence in Iraq