Iraq’s oil minister, Ihsan Abdul-Jabbar, said his country has plans underway to produce its own gas to meet domestic needs, but imports from Iran will continue for the next five years.

Abdul-Jabbar was quoted Tuesday as saying that at least 80 percent of the gas projects in Iraq are already under implementation.

But a halt to imports from Iran will come no sooner than five years from now. “We will not import gas by 2025,” he told al-Iraqia TV in an interview, according to Press TV.

Iraq is under pressure from the US to make itself less dependent on Iran’s energy, but Iraqi leaders say the demand is a bar set too high given the Arab country’s state of infrastructure which is still badly battered decades after the US invasion and sanctions and economic decline.

US leaders were hoping to bring Iraq on board as Prime Minister Mustafa al-Kadhimi visited Washington last week. President Donald Trump said US companies were involved in many prospects in Iraq’s oil business.

Ahead of Kadhimi’s visit, five US firms signed agreements with the Iraqi government aimed at boosting what the White House characterized as Iraq’s energy independence from Iran. 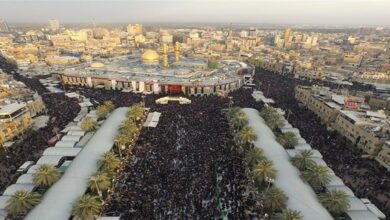 28 martyred in bomb attacks in Shia districts of Baghdad