The Iraqi intelligence agency said in a statement on Friday night that a car bomber responsible for killing about 150 people, had been arrested in the bazaar of the town of Khan Bani Saad in southern Diyala province.

According to the statement, the terrorist confessed to the crime the Iraqi judiciary is pursuing the investigation.

In 2018, the complete defeat of ISIL was announced, however, not all remnants of the ISIL terrorist group were killed in Iraq or left the country, but some elements of the group remained in different parts of the country, waiting for the opportunity to resume their activities in Iraq. 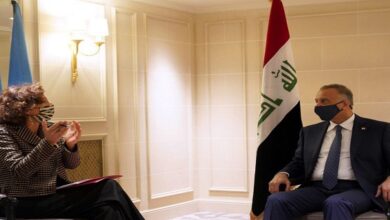 Al-Maliki: Iraq Supports the Will of the Syrian People