ISIL militants have abducted about 50 people from an Iraqi Sunni tribe living east of the northern city of Tikrit after imposing a curfew.

According to reports, the abductions took place in the al-Alam district after fighters from the Bu Jabour tribe removed and burned flags belonging to ISIL militants and replaced them with the Iraqi flag.

Witnesses say the Takfiri militants also raided the house of the tribe’s leader before taking him away.

Last week, ISIL Takfiri militants kidnapped 46 people from the Sunni Albu Nimr tribe in Iraq’s Anbar Province. Nearly 40 others, including women and children, from the same tribe had already been executed.

Meanwhile, Iraqi security sources say about 300 fighters from the recently liberated areas of Salahuddin Province’s city of Baiji have joined the Iraqi army in its fight against the militants.

The ISIL militants entered Iraq in June. They have been carrying out horrific acts of violence, including public decapitations, against Iraqi communities such as Shias, Sunnis, Kurds and Christians.

The terrorists currently control large swathes of land in Iraq and neighboring Syria. 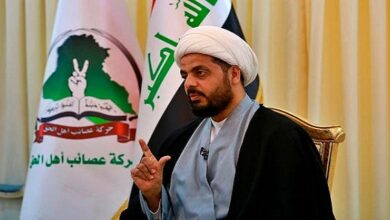