A spokesman for the Iraqi Armed Forces General Command announced on Tuesday night that four members of the ISIS terrorists had been killed in the southern city of Baghdad.

Iraqi brigade general Yahya Rasool said the four ISIS fighters were killed in an operation by Iraqi forces in the Al-Anaz area of southern Baghdad.

Despite the defeat of the ISIS terrorist group in Iraq, a number of members of this terrorist group are still present in different parts of the country and are carrying out terrorist acts in a scattered manner.

In 2014, the terrorist group ISIS, with the financial and military support of the United States and its Western and Arab allies, including Saudi Arabia, invaded Iraq, occupied large parts of the northern and western regions of the country and committed countless crimes. Iraq then called on Iran to help Baghdad fight terrorists.

With the help of the Islamic Republic of Iran in November 17, 2017, Iraqi forces managed to liberate the city of Rawa in Anbar province, western Iraq), the last base of ISIS in Iraq. With the liberation of this city, the work of ISIS in Iraq was practically over. 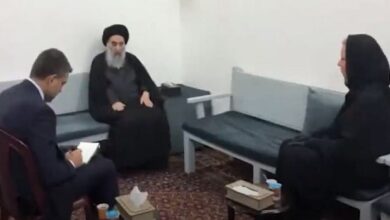