Expressing his work priorities, the new Iraqi Defense Minister stressed the need to develop strategies to combat terrorist outfits in the country.

The new Iraqi Minister of Defense, Juma Anad Saadoun, said that updating and expanding the country’s military system and creating a strong army are among his priorities.

Saadoun added: “We need to move forward in the process of developing strategies to fight terrorist groups in Iraq.”

In other news, Karim al-Mahmoudawi, a member of the Iraqi parliament’s security commission, called the United States a major supporter of the ISIS terrorist group, saying Iraqi officials should not ignore US efforts to revive ISIS’ terrorist activities in Iraq.

In recent days, Iraqi media have warned that the United States has given the green light to resume its attacks by withdrawing from some of its bases in Iraq to ISIS’ dormant cells. 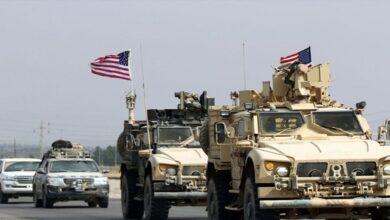 Half of Iraqi Al Qaeda Money Devoted to Al-Nusra

British staff disclose US abuses in secret jail in Iraq