On Monday evening, Iraqi security forces killed a group of suicide bombers in an tight ambush, in the Qayyarah district, south of the Nineveh, in northern Iraq.

And the Iraqi Security Media Cell reported in a statement that a force from the Nineveh Operations Command, according to accurate information, managed to kill “three terrorists wearing explosive belts”, in the village of Salabi, southwest of Qayyarah, south of Mosul, the center of Nineveh, north The capital, Baghdad.

The cell explained that the operation came “by direct shooting against the terrorists, after setting up a tight ambush for them in the aforementioned village.”

In December 2017, Iraq announced the liberation of its entire territory from the terrorist group ISIS, after nearly 3 years and a half of confrontations with the terrorist organization that had occupied about a third of the country at the time. 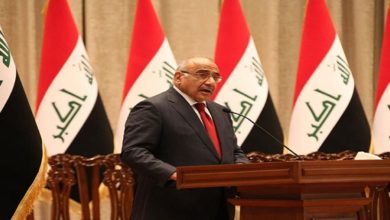