President Donald Trump had better voluntarily order the withdrawal of US troops from Iraq before they are forced out, says a high-ranking official from the Iraqi Popular Mobilization Units (PMU), better known by the Arabic word Hashd al-Sha’abi.

“Today all Iraqis, men and women, have poured out onto the streets to send out one clear message to the whole world: There is no place for foreign forces to be present on the Iraqi soil. Thanks to all Iraqis who heeded the call to attend the demonstration and participated in it. Thanks to the support offered by politicians, tribal figures, academics as well as journalists,” Qais al-Khazali, leader of Asa’ib Ahl al-Haq, which is part of the PMU, said in a statement released on Friday.

He also expressed profound gratitude to influential Shia cleric Muqtada al-Sadr, who initially called on Iraqis to join protests against the presence of US forces in the country.

“As for idiot Trump, the million-man march put across a clear message: If you do not leave willingly, you will then deserve a kick in the face,” the PMU leader stated.

The Iraqi president, Barham Salih, says his nation wants a state whose sovereignty is not violated by any means and its decisions are not manipulated by foreign interference and diktats at all.

“Iraqis insist on a state whose sovereignty is not violated, and is far from (foreign) interference and diktats. Iraqis desire a state that guarantees their security and rights, and maintains peace and stability in relations with its neighbors,” Salih wrote in a post published on his official Twitter page on Friday.

‘All options on table to remove US forces’

Furthermore, an Iraqi parliamentarian has said “all options are on the table” concerning the removal of US forces, either through diplomacy or by force.

“American proxies will be not be able to break the will of the Iraqi people regarding the removal of the occupier from the country. We stand with the demonstrators’ demands. We want a homeland as they wish. They are looking for a homeland, where the occupier, murderers, terrorists and those responsible for the assassination of leaders of victory have been expelled, away from the will of the US embassy,” Mohammad Karim, a member of the Fatah (Conquest) Alliance at the Iraqi parliament, told Arabic-language al-Maalomah news agency on Friday.

“All options have been offered to remove US forces from Iraq in a peaceful, calm and diplomatic manner. If they refuse to leave, they will then be treated as occupying forces, and will be driven out by force accordingly.”

Hundreds of thousands of Iraqis demonstrated in central Baghdad on Friday, calling for the expulsion of US troops.

Late on January 9, Iraq’s caretaker Prime Minister Adel Abdul-Mahdi called on the United States to dispatch a delegation to Baghdad tasked with formulating a mechanism for the move.

The prime minister said Iraq rejects violation of its sovereignty, particularly the US military’s violation of Iraqi airspace in the vicious airstrike that assassinated Iran’s Lieutenant General Qassem Soleimani, the commander of the Quds Force of the Islamic Revolution Guards Corps, and the deputy head of the PMU, Abu Mahdi al-Muhandis, along with their companions. 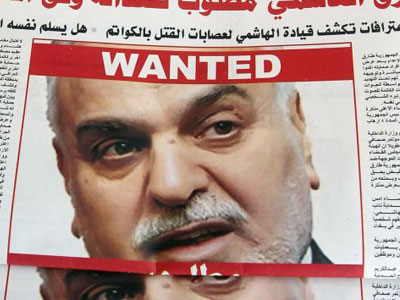 US Preparing Ground in Iraq for ‘Deal of Century’: Asa’ib Ahl al-Haq