The Grand Ayatollah Sistani in his important stances emphasized the need for respect for Iraq’s sovereignty and the independence of its political decisions and territorial integrity.

In a statement read today by Hojjatul-Islam Ahmed Safi in Karbala, the Supreme Religious Authority also emphasized the need for genuine reforms.

In the Name of God, the Most Compassionate, the Most Merciful

Firstly, the religious authority emphasizes his basic and principled position on the need to respect Iraq’s sovereignty, its political independence, the unity of its territorial integrity and the unity of its nation, and also emphasizes his strong opposition to violate of Iraq’s national principles by all parties by any excuse.
Iraqi citizens have the full right to express their approaches and orientations in this regard and to demand whatever is necessary to preserve national sovereignty, in peaceful ways, away from foreign dictates.

Secondly, the Religious Authority also stresses the need for genuine reforms which have long been demanded by the people and many sacrifices have been made in the way of realizing it, and he believes that delay in this regard will only increase the suffering and pain of the citizens and prolong the security and political instability in the country.

Thirdly, according to the term specified in the constitution, the formation of the new government has been delayed for a long time, so it is necessary that the various related parties work together to end this case on the basis of the preset items, as this is an important step towards resolving the current crisis.

The Religious Authority once again calls on all Iraqi groups to be aware of the dangers surrounding their country at this difficult stage and to reach consensus and general agreement on the major matters and the fateful challenges they face, in which the Iraqi nation’s present and future great interests should be protected.

God is the Arbiter of Success 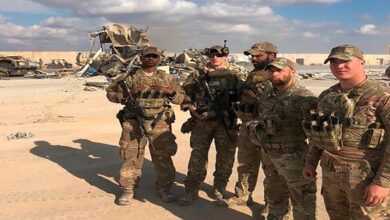 Rockets fired at Baghdad airport base housing US troops

23 IS fighters, including Zakat collector, arrested in Mosul