Head of the security committee at Diyali governor-general’s office Sadeq al-Hosseini told the Arabic-language al-Ma’aloumeh website on Tuesday that Hashd al-Shaabi forces in Naft Khaneh region in Eastern Ba’aqoubah repelled the ISIL plot to occupy the oil wells in the region.

He added that Hashd al-Shaabi adopted the strategy of line of fire in its recent operations to confront the ISIL attacks against the oil-rich region of Naft Khaneh and adjacent areas.

“Hashd al-Shaabi plays a strategic role in establishment of security in Diyali and is in control of an extensive area in the province which sometimes witnesses activities of the remnants of the ISIL terrorists,” al-Hosseini said.

Hashd al-Shaabi continues fight against the ISIL while the US fighter jets shrug off targeting the terrorists’ hideouts in al-Anbar province in Western Iraq.

A security source at Hashd al-Shaabi command center told al-Ma’aloumeh news website that the US fighters in Northern al-Anbar near the province of Saladdin close their eyes on ISIL moves, adding that the US indifference has entailed negative impacts on the province’s security and stability.

“The US fighters fly for a long time over these regions but they refrain from bombing the ISIL centers,” a move that runs counter to the US forces’ main excuse for their presence at Ein al-Assad airbase, he said.

In relevant remarks in September, Another high-ranking Iraqi security source said that the US Army continued its support for the ISIL terrorist group in Southwestern Kirkuk (Center of Iraq).

The US Army troops stationed in Iraqi Army’s Division 14 Command Headquarters have warned the Iraqi troops not to bombard the ISIL’s military positions in Makhoul mountainous region, the source noted.

He told al-Ma’aloumeh that the US troops had also warned the Iraqi Army not to conduct any ground or air operations in the mountainous region and its surrounding areas against ISIL. 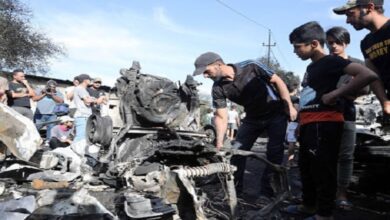