A drone has reportedly targeted the home of Shia cleric Muqtada al-Sadr in the southern Iraqi city of Najaf, a leader of his movement said Saturday, Anadolu reports.

In a statement, Saleh Muhammad al-Iraqi, who is close to the Shia cleric, said the attack came “in response to orders issued by al-Sadr to protect protesters” in Baghdad.

No injuries were reported in the drone attack, according to a local police officer, who spoke on condition of anonymity.

There was no claim of responsibility for the attack.

Saraya al-Salam (Peace Brigades) of the Sadrist movement went to Tahrir Square in central Baghdad on Friday in order to protect the protesters after an attack by gunmen left 16 demonstrators dead.

Iraq has been rocked by mass protests since early October over poor living conditions and corruption, forcing Prime Minister Adel Abdul-Mahdi to resign.

According to Iraq’s High Commission for Human Rights, at least 460 Iraqis have been killed and 17,000 have been injured since the protests began on Oct. 1. 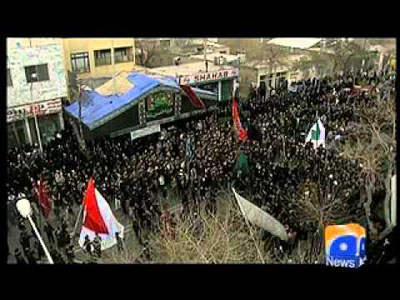