A cousin of ringleader of the Daesh Takfiri terrorist group Abu Bakr al-Baghdadi, who was purportedly killed in a US military operation in Syria, has been captured in Iraq’s oil-rich northern province of Kirkuk.

Hisham al-Hashemi, an Iraqi security analyst, wrote in a post published on his Twitter page on Wednesday that “forces from the Hawija police station had managed to arrest a Daesh commander Cousin identified as Hamed Shaker Saba’ al-Badri inside the city of Kirkuk. He is the cousin of Baghdadi and better known by the nom de guerre Abu Khaldun.”

Hashemi added that Abu Khaldun was “one of the most senior Daesh leaders, who used to manage intelligence files in the terror group.”

Back on November 7, a senior Turkish official said a wife and daughter of Baghdadi were among a group of Daesh suspects detained by Turkish police in June 2018.

The unnamed official said the woman was Asma Fawzi Muhammad al-Qubaysi, Baghdadi’s first wife. She was found in Hatay, southern Turkey, among a group of 11 Daesh suspects that comprised of four women, one man and six children. She had falsely identified herself as Rania Mahmoud.

“We discovered her real identity pretty quickly. At that point, she volunteered a lot of information about Baghdadi and the inner workings of Daesh,” the senior official said.

“We were able to confirm a lot of things that we already knew. We also obtained new information that led to a series of arrests elsewhere,” he added.

A DNA test also confirmed that another suspect, who identified herself as Leila Jabeer, was Baghdadi’s daughter.

On October 24, US President Donald Trump told reporters at the White House that Baghdadi had died during a US raid on his compound in Syria’s northern province of Idlib.

During his announcement Trump, thanked the Syrian government, among others, for helping with the operation.

Syrian President Bashar al-Assad has cast doubt on Trump’s claim that Daesh ringleader Baghdadi had been killed in an operation by the US military, calling the much-publicized operation a “fantastic play” staged by the Americans.

Assad made the remarks in an interview with the French magazine Paris Match published on November 27.

When asked whether Damascus really gave the US information on al-Baghdadi’s whereabouts, Assad said he “always laughs when this question is raised, because the more important question which should be asked is: was al-Baghdadi really killed or not? And did this “fantastic play” staged by the Americans take place in reality?” 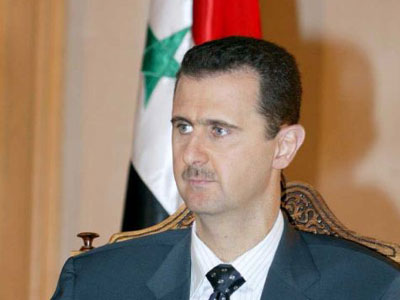 US Congress’ plan clear interference in the internal affairs of Iraq