Obama said the US helped in the operation. Airstrikes targeted ISIL terrorists around the dam, Iraq’s largest.
He said the move was a “major step forward”, and the US had begun a long-term strategy to defeat the militants.
The statement followed Iraqi claims that the dam had been “fully cleansed”, but ISIL said it was still in control.
Speaking to journalists on his return from holiday, Obama praised the joint operation to recapture the dam, saying that if it had been breached it could have had catastrophic consequences.
The mission had also demonstrated that Iraqi and Kurdish forces were capable of working together, and they had “performed with courage and determination”.
He said that the US had provided urgent assistance to the Iraqi forces, and airstrikes had stopped the militant advance.
“We will continue to pursue a long-term strategy to turn the tide against [the militants] by supporting the new Iraqi government and working with key partners in the region,” he said.
The dam, captured by IS on 7 August, is located on the River Tigris about 50km (30 miles) upstream from the city of Mosul.
It controls the water and power supply to a large surrounding area in northern Iraq.
On Monday, the UK said its mission in Iraq would be stepped up to go beyond the provision of humanitarian aid.
Defense Secretary Michael Fallon said the mission could last for months and now involved the transport of ammunition and weapons from third countries to the Peshmerga.

Ayatollah Sistani Calls for the Release of Qatari hunters 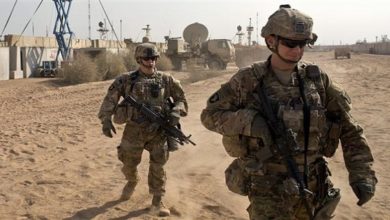