Iraqi President Barham Salih has called for international assistance to rebuild the war-ravaged Arab country in the aftermath of victory over the Daesh Takfiri terrorist group.

Addressing the 74th session of the United Nations General Assembly in New York on Wednesday, Salih stated that his country is at the doorstep of positive development after defeating the extremists, warning of attempts by Daesh remnants to re-organize.

The Iraqi president further noted that the Baghdad government values developing bilateral relationships with its neighbors in order to transform the country from a battlefield to an economic hub in the Middle East region.

He then condemned Israeli Prime Minister Benjamin Netanyahu’s controversial pledge to annex the Jordan Valley and the adjacent northern Dead Sea in the occupied West Bank as blatant violation of international law and regulations.

The Iraqi president finally urged the international community to help reduce tensions in the Persian Gulf, and expressed serious concern over the Saudi-led military campaign against Yemen. 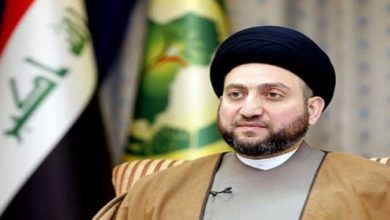 Ammar Hakim says Iraq Ready to Mediate between Iran and US

The Liberation of Jurf Al Sakhr is the Start of Great Victories to be Achieved Very Soon: Sayyid Ammar