“As the foreign minister, I can say that the issue of missiles has never been subject to negotiations between Iran and its [opposite negotiating] sides,” Zarif told Tasnim news agency.
He emphasized that nothing has been approved or endorsed in Security Council Resolution 2231 about the prohibition of missile activities for the Islamic Republic.
“Our defense doctrine is basically based on deterrence and defense, not offensive [purposes],” the top Iranian diplomat said.
This is an issue which the Islamic Republic has proved throughout its history, he added.
Zarif made the remarks in reaction to an allegation by US Secretary of State Mike Pompeo in a post on his Twitter account on December 1, claiming that Iran has “just test-fired a medium range ballistic missile” in violation of the United Nations Security Council Resolution 2231.
Pompeo condemned what he described as “growing” Tehran’s “missile testing and missile proliferation,” and called upon the Islamic Republic to cease these activities.
UN Security Council Resolution 2231 enshrined the 2015 international nuclear agreement, officially known as the Joint Comprehensive Plan of Action (JCPOA), from which Washington has withdrawn under the pretext, among others, that it should have included Iran’s missile program as well.
Under the deal, reached between Iran and six major powers — the United States, Britain, France, Germany, Russia and China — Tehran agreed to put limits on its nuclear program in exchange for the removal of nuclear-related sanctions.
Earlier on Tuesday, Brigadier General Amir Ali Hajizadeh, the commander of the Islamic Revolution Guards Corps (IRGC)’s Aerospace Division, described Iran’s latest ballistic missile test as “significant,” emphasizing that the country will continue such tests, in line with its deterrence doctrine.
“We will continue to conduct our missile tests and this latest one was particularly significant,” Hajizadeh said.
Iran’s Defense Minister Brigadier General Amir Hatami said on December 2 that the Islamic Republic is currently one of the world’s topmost missile powers despite being subject to severe sanctions during the past 40 years.
“Today, Iran is among the world’s topmost powers in building missiles, radars, armored vehicles and unmanned aerial vehicles (UAVs),” the Iranian defense minister said in an exclusive interview with IRNA, emphasizing that Iran’s defense power is meant to send the message of peace and friendship to other nations.
The senior spokesman of the Iranian Armed Forces also said on December 2 that the country will continue to test and develop its missiles in line with its deterrence policy despite adversarial positions taken on this issue by US officials. “Missile tests and the overall defensive capability of the Islamic Republic are for defense [purposes] and in line with our country’s deterrence [policy]…We will continue to both test and develop missiles,” Brigadier General Abolfazl Shekarchi said, adding, “This issue is outside the framework of any negotiations and is part of our national security. We will not ask any country’s permission in this regard.”
Over the past years, Iran has made major breakthroughs in its defense sector and attained self-sufficiency in manufacturing military equipment and hardware despite being under sanctions and economic pressures. Tehran asserts that its missile arsenal is strictly in the service of the country’s defensive purposes and poses no threat to other states. 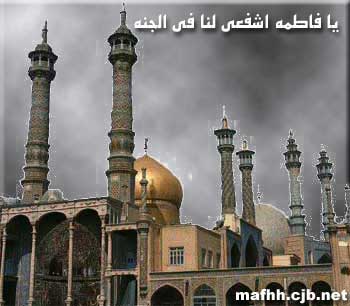 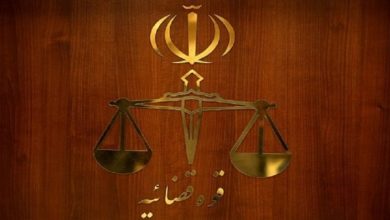 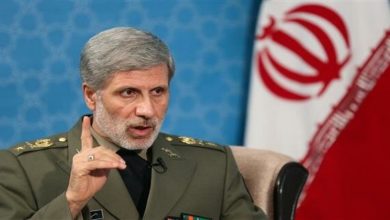 Iranian Defense Minister: US new sanctions will not work

Enemy intel services have failed to inflict any harm on Iran: Ayatollah Khamenei