Participants in the Asia-Europe Meeting (ASEM) have reaffirmed their “collective support” for a multilateral nuclear agreement Iran signed with major world powers in 2015, saying the lifting of sanctions against Tehran is an essential part of the deal.

In a joint statement issued at the end of their two-day meeting in Brussels on Friday, the European and Asian leaders reiterated their collective support for diplomatic dialogue and the nuclear agreement, officially known as the Joint Comprehensive Plan of Action (JCPOA), which has been endorsed by the United Nations Security Council Resolution 2231.
They emphasized that the JCPOA is working and delivering on its goal, namely to ensure the exclusively peaceful nature of Iran’s nuclear program.
“Leaders recognized that, alongside full and effective implementation by Iran of its nuclear related commitments, the lifting of sanctions including the consequences arising from it constitutes an essential part of the JCPOA,” the statement read.
It added that preserving the nuclear accord “is a matter of respecting international agreements, and promoting international security, peace and stability.”
The JCPOA had been signed between Iran and the five permanent members of the UN Security Council — the United States, Britain, France, Russia and China — plus Germany in 2015.
US President Donald Trump announced in May that Washington was pulling out of the nuclear agreement, which lifted nuclear-related sanctions against Tehran in exchange for restrictions on Tehran’s nuclear program.
A first round of American sanctions took effect in August, targeting Iran’s access to the US dollar, metals trading, coal, industrial software, and auto sector. A second round, forthcoming on November 4, will be targeting Iran’s energy sector and financial transactions.
Speaking upon her arrival to the Asia-Europe Meeting in Brussels, European Union foreign policy chief Federica Mogherini said on Thursday that the 28-nation bloc is “working on the concrete establishment of” its plan to set up financial channels to preserve business with Iran and circumvent new US sanctions in place after the United States pulled out of a 2015 nuclear deal in May.
“This is something that we have presented during the [United Nations] General Assembly ministerial week in New York. The Member States of the European Union have decided to put this system in place, so they are now working on the concrete establishment of this. I am confident that they will continue this work in a successful manner in the coming weeks,” Mogherini said.
In a joint statement issued in September, remaining parties to the Iran nuclear deal promised to establish a ‘special purpose vehicle’ to facilitate payments related to Iran’s exports as part of efforts to salvage the Joint Comprehensive Plan of Action after the US withdrawal.
“Mindful of the urgency and the need for tangible results, the participants welcomed practical proposals to maintain and develop payment channels, notably the initiative to establish a special purpose vehicle to facilitate payments related to Iran’s exports, including oil, and imports, which will assist and reassure economic operators pursuing legitimate business with Iran,” the statement read. 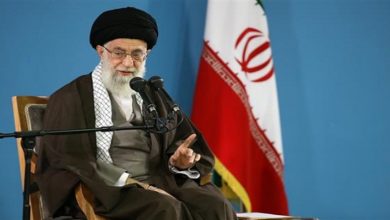 When the enemy fails to reach its goals it resorts to negotiations: Ayatollah Khamenei 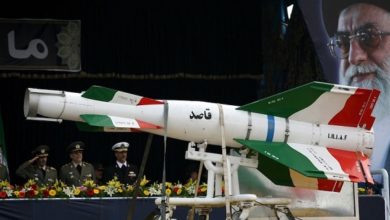 United States could not afford a new war: Iran

Judiciary Chief Views US Attacks on ISIL in Iraq as Trickery