Foreign Minister Mohammad Javad Zarif says the US is turning into a “rogue state” by repeatedly violating international law, adding that Iran will not negotiate with a country that fails to keep its word and moves to sabotage one multilateral agreement after another.

In an article titled “US Foreign Policy in Crisis” published on the Foreign Ministry’s Website on Wednesday, Zarif responded to a 12-point list of steep demands recently put forward by US Secretary of State Mike Pompeo for a “new” deal with Iran after Washington’s withdrawal from the existing multilateral nuclear agreement.

“The US withdrawal from some international agreements and undermining others, coupled with efforts to weaken international organizations, are examples of destructive moves so far by the US government, which have unfortunately darkened the outlook for the international order,” Zarif wrote.

“Obviously, the continuation of such policies can endanger the stability of the international community, turning the U.S. into a rogue state and an international outlaw,” he added.

The Iranian foreign minister argued that the 2015 nuclear deal, known as the Joint Comprehensive Plan of Action (JCPOA), is the third multilateral agreement that the current US administration has withdrawn from, noting that Washington has also significantly harmed multilateralism and the prospects for international diplomacy by jeopardizing several other multilateral deals, including NAFTA, the global trade system, and parts of the United Nations system.

“How can the US government expect to be viewed or treated as a reliable party to another round of serious negotiations following its unilateral and unwarranted withdrawal from an agreement which was the result of hundreds of hours of arduous bilateral and multilateral negotiations, in which the highest ranking US foreign affairs official participated, and which was submitted to the Security Council by the US and adopted unanimously as an international commitment under Article 25 of the Charter?” Zarif questioned.

“Mr. Pompeo has forgotten that it is the US government that needs to prove the credibility of its words and legitimacy of its signature, and not the party that has complied with its international obligations and sticks to its word,” the top Iranian diplomat pointed out.

Pompeo said on May 21 that Washington would increase the financial pressure on Iran by imposing the “strongest sanctions in history” on the Islamic Republic if Tehran refuses to change the course of its foreign and domestic policy.

Speaking weeks after the United States’ pullout from the nuclear agreement that Iran signed with major powers in 2015, he laid out the 12 tough conditions for any “new deal” with Tehran.

The conditions included withdrawal of Iran’s military advisors from Syria, who have been helping the country’s legitimate government in its anti-terror fight against terrorist outfits, which have been mostly aided and abetted by the US and its Western and regional allies.

Zarif said that US President Donald Trump’s “impulsive and illogical decisions and behavior” over the past 17 months has become the key factor in Washington’s decision-making process.

Zarif argued that all US administrations in the past 70 years should be held accountable for their violations of bilateral and multilateral agreements, which have caused “distrust” among the Iranian nation and brought about “injustice, violence, terrorism, war and insecurity in West Asia.”

In return, Zarif presented an elaborate list of Iran’s rightful demands from the US government, which, among other things, called on Washington to abandon its policy of resorting to threat or use of force, immediately cease its violations of the JCPOA, acknowledge its unwarranted and unlawful actions against the people of Iran over the past decades and stop increasingly relying on nuclear weapons and the doctrines of using nuclear weapons to counter conventional threats.

The Iranian foreign minister also called for the establishment of a “Regional Dialogue Forum” in the Persian Gulf aimed at resolving regional crises and creating a stronger region without foreign interference.

“We can begin adopting confidence-building measures to bring regional countries closer to each other on the basis of such principles as the sovereign equality of states, non-resort to the threat or use of force, peaceful settlement of disputes, respect for territorial integrity of other States, inviolability of international boundaries, non-intervention in domestic affairs of others, and respect for the right of peoples to self-determination,” Zarif said.

Trump announced on May 8 that Washington was walking away from the nuclear agreement which was reached between Iran and the five permanent members of the UN Security Council – the US, Britain, France, Russia and China – plus Germany.

Trump also said he would reinstate US nuclear sanctions on Iran and impose “the highest level” of economic bans on the Islamic Republic.

Under the JCPOA, Iran undertook to put limits on its nuclear program in exchange for the removal of nuclear-related sanctions imposed against Tehran.

Iran has said it will remain committed to the deal for the time being, pending negotiations with other signatories to the JCPOA to see if Tehran’s interests would still be protected under an accord without the US. Iran, however, stressed that it will return to pre-JCPOA conditions if the nuclear deal fails.

Since the US president pulled Washington out of the historic nuclear deal, European countries have been scrambling to ensure that Iran gets enough economic benefits to persuade it to stay in the deal. The remaining parties have vowed to stay in the accord. 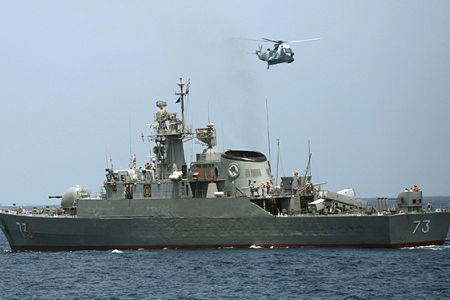 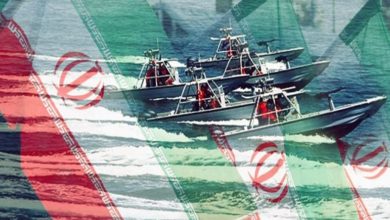 Getting Wrapped up in Trivial Issues Creating Obstacles for Revolution: Ayatollah Khamenei