Iran’s top security official says there is a link between Israel’s stepped threats against Tehran and the defeat of Takfiri terrorists in Iraq and Syria which has made Tel Aviv angry.

“Now, with the defeat of Takfiri terrorists in Syria and Iraq, which Israel sees the result of Iran’s role, those golden days have ended and once again Palestine has turned into the first issue in the Muslim world,” he said.

Israel has claimed to have hit Iranian military targets in Syria in recent weeks and Prime Minister Benjamin Netanyahu has said Tel Aviv would not allow Iran to establish any military bases in Syria.

The Islamic Republic says its role in Syria is limited to advisory assistance to the Syrian government, stressing that it does not have any military bases in the Arab country.

Shamkhani said, “While we understand this anger [by Israel], we will be taking any necessary action or measure to preserve our interests and security against any aggressor.”

Israel’s era of ‘hit-and-run’ over

The Iranian official also said the time for “hit-and-run” by Israel is over, citing Syria’s retaliatory rocket attacks on Israeli targets in the occupied Golan Heights last month.

The Syrian army and government, he said, have gained “high self-confidence and power” to shoot down Israeli planes, destroy its missiles in the sky and target the Israeli bases from where assaults are launched.

“This issue is an honor for the Arab and Muslim world. It also has another message that the era of ‘hit-and-run’ has ended and the regime should be responsible for its behavior,” the Iranian official pointed out.

Shamkhani said Iran regards Syria’s security as its owns and thus preserving stability in the Arab country is also an achievement for the Islamic Republic.

Iran’s advisory help would continue as long as the Syrian government requests it, Shamkhani stressed.

“Contrary to the unlawful presence of the US and some regional countries in Syria, Iran’s presence is not imposed and is not the result of an illegal military aggression.”

Iran has ‘no presence in southern Syria’

Shamkhani was further asked about a recent agreement between Russia, the US and Jordan on a safe zone in southern Syria, and media reports that the deal was aimed at withdrawing Iranian forces from the region bordering Jordan and the occupied Palestinian lands.

“As we have declared earlier, Iranian advisers have no presence in southern Syria,” he said.

Shamkhani said Iran strongly supports Russia’s efforts to purge the Syrian-Jordanian border of terrorists and restore the Syrian army’s control over the region.

“This move is a positive step for further control of the Syrian government on its territories occupied by terrorist groups,” he noted.

The Syrian army recently said it was preparing to recapture the strategic areas near the Golan Heights, prompting the US to threaten Damascus with “firm and appropriate measures.”

US State Department spokeswoman Heather Nauert expressed concerns about an operation in southwestern Dara’a province, claiming that it fell within a de-escalation zone in Syria.

The recapture of Dara’a is highly important because it borders the occupied Golan Heights which Israel has used to treat wounded militants for years.

The territory’s return to the Syrian government control would cut the much-reported collaboration between Israel and militants and deal a blow to Tel Aviv’s plans to annex the Golan Heights. 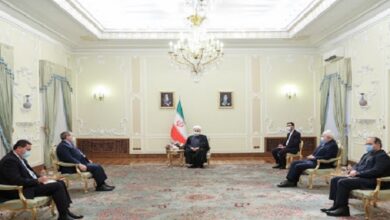 Iran will stand by Syria until final victory over terrorism: Rouhani

Trump ‘cozying up’ to despots behind Bahrain crackdown: Iran FM 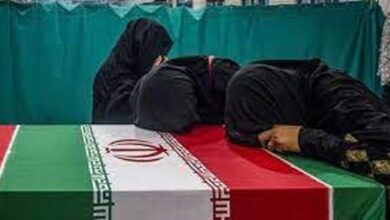 Iran holds funeral for victims of terrorist attack in Izeh