The government of Saudi Arabia that was formed with the aim of spreading Wahabbism 80 years ago, is now a side of a sinister triangle, along with Washington and Tel Aviv, to pursue the job, Tehran Friday Prayers Leader said.

Ayatollah Mohammad Emami-Kashani in his first sermons of the Friday prayers said, ‘Spreading division among Muslims was launched 300 years ago by Britain in Muslim countries.’

‘This government was formed to spread Wahhabism, and used the wealth of the country as a financial support for the goal,’ the leader said.

The fact was not known by the laymen, he said, adding that it is now open to all people.

US House votes to block aircraft sales to Iran 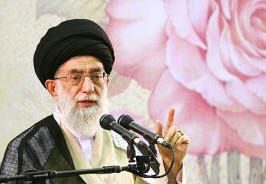 Ayatollah Khamenei says US plots in Middle East have failed