An Iranian cleric says Takfiri militants in Iraq will soon take their offensive to the countries that support them.

Kazem Seddiqi told worshippers at the weekly Friday Prayers in the Iranian capital, Tehran, that the United Arab Emirates, Kuwait, Qatar, Saudi Arabia and Turkey will not be immune to the terrorist activities and the plot they have been hatching against Iran will backfire on them.

The Iranian cleric was referring to the al-Qaeda-affiliated Islamic State of Iraq and the Levant (ISIL) terrorist militants that are currently wreaking havoc on Iraq.

Seddiqi described the ISIL as a “killer and savage clique…rooted in the violent Takfiri current.”

He said the ISIL is the continuation of conspiracies hatched by the Western governments against the Middle East region following the creation of “Wahhabism, al-Qaeda and Taliban.”

“The [wave of] Islamic Awakening shocked them (Western governments) and they promote Islamophobia, Shiaphobia and Iranophobia to counter the wave,” the Iranian cleric stated.

Elsewhere in his remarks, Seddiqi said the United States has armed the ISIL militants through “regional governments.”

Fierce clashes are underway between Iraqi armed forces and the ISIL militants, who have vowed to take their atrocities to the Iraqi capital and other cities across the country. 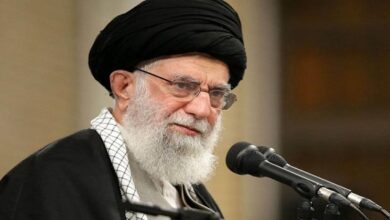