In a meeting with Majlis Speaker Ali Larijani and Iranian lawmakers in Tehran on Sunday, the Leader added that the struggle against evil powers will end only after the international community rids itself of the arrogant front led by the US.

“This task calls for a hard and long struggle and major strides,” Ayatollah Khamenei pointed out.
The Leader added that there is no end to the struggle of good against evil because evils always exist but the means and manners of combating evil may vary according to circumstances.

The Leader stressed the need to maintain the ideology of combating the arrogance front as a means to achieve the lofty goals of the Islamic Republic.

“The reason behind the emphasis on the campaign is not the Islamic establishment’s warmongering, but wisdom and logic necessitate that one equip oneself in order to pass through a region swarming with pirates, and have the ability and motivation to defend oneself,” Ayatollah Khamenei added.
The Leader emphasized that the solution to the country’s economic and political problems would not be found outside the borders and the country’s officials must rely on indigenous capacities and capabilities as real solutions.

Ayatollah Khamenei said Iran can solve its problems only by resorting to resistance economy and not looking to foreign countries.

“Those who want to promote compromise and submission to bullying powers, and accuse the Islamic establishment of warmongering are in fact committing treachery.”
Ayatollah Khamenei further noted that under the current circumstances, there is no option but to continue with resistance as the guiding principle in all of the country’s internal and external affairs. 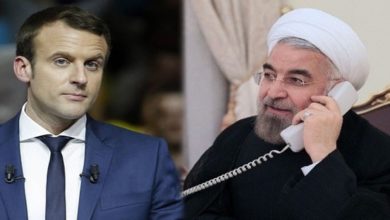 If Europeans fail to act, the 3rd step will be taken on Sept 6: Rouhani 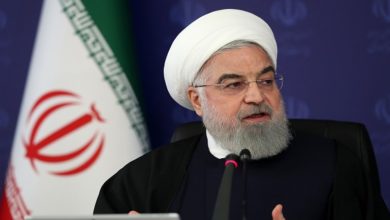 Iran handled coronavirus outbreak better than Europe and US: Rouhani

US whines about Iran’s missiles, pours arms into Mideast: Zarif