Addressing a large and fervent congregation of the people on Tehran University campus on Friday, Hojjatoleslam Seddiqi said, “The nuclear energy is a national issue and all Iranians consider it as their inalienable right.”

He pointed to the ongoing talks between Iran and the Group 5+1 (the five permanent UN Security Council members plus Germany), and said, “As the Supreme Leader has said on different occasions we are not against the negotiations, but the diplomatic activities are among very important urgencies of the country.”

Meantime, he urged the world powers not to insist on their illogical stance regarding Iran’s peaceful nuclear program.

Supreme Leader of the Islamic Revolution Ayatollah Seyed Ali Khamenei in his recent remarks underlined the necessity for keeping vigilant against the enemies’ display of superficial and unreal moderation, stressing that their true hostile nature was shown in the recent talks between Tehran and the world powers.

Ayatollah Khamenei said the nuclear talks proved the US hostility towards Iran and Islam, and added, “The enemy’s smile shouldn’t be taken seriously.”

Addressing thousands of people from the Central province of Qom, Ayatollah Khamenei said victory will be surely achieved through resistance.

“The enemies thought in vain that they could compel Iran to hold talks under sanctions,” he said, and added that Iran has not come to the negotiating table due to the pressure of the sanctions as Iranians are a resistant nation.

The leader said the enemies think that they have come to know the Iranian nation, but they are wrong.

The leader said Iran is negotiating with the West only because it has discerned it to be necessary, and stressed that Tehran has accepted to negotiate with the US only on the nuclear issue and not on bilateral ties, reminding that Tehran and Washington are still enemies at the end of the day.

“… we have already expressed our readiness to negotiate with the Satan (the US) on specific issues if necessary.” 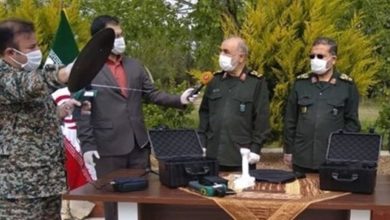 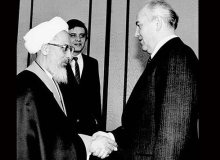