A Sunni cleric from Iranian Province of Golestan warned against Shia Sunni disagreement as an opportunity for enemies.

Abdul Aziz Akhoondi, prayer leader of a Sunni mosque in gonbad Kavoos, in an exclusive interview with Taqrib News Agency (TNA) related on the contributions of the Sunni community for promoting proximity and Islamic unity in Iran.

He said,” Proximity of Islamic denominations is not a new movement and the different tastes of the people to choose a religious leader should not end in hostility because they all lead to God Almighty.”

He stressed,” One of the most important issues that has turned into an opportunity for the enemies is the disagreement between Shia and Sunni Muslims while Islamic unity is one of the important recommendations of Prophet Mohammad (PBUH) for the Muslims.”

Iranian cleric also referred to the role of scholars to protect Islamic Awakening and noted,” We are happy to have an intellectual leader.” Hailing a remark by late Imam Khomeini (RA) in the early days after victory of Islamic Revolution, when the late founder of Islamic Revolution had said,” He who takes a stance against one of Islamic denominations is neither Shia nor Sunni.”

Sunni prayer leader from Golestan Province also slammed desecration of Prophet Mohammad (PBUH) and his household (AS) and denounced those who intend to prove their vain ideas though sacrilegious measures. 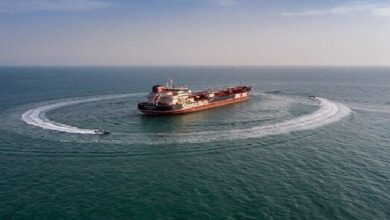