“Today, the Muslim world faces the enmity of the global arrogance,” Hojjatoleslam Kazem Seddiqi said, calling on Muslims to neutralize attempts by enemies to cause division among them.


“The enemies of Islam are using all tactics and methods to annihilate the divine religion and Muslims must be vigilant against divisionism…War and bloodshed as well as cultural and media war waged by mischievous anti-Islam powers today,” said Seddiqi.

He added that arrogant powers are trying to undermine Islamic values.

The cleric warned that enemies of Islam are pitting Muslims against one another.

Takfiris are blamed for the ongoing war in Syria and Iraq. They are believed to be funded by Saudi Arabia.

Saudi Arabia has played a major role in activating the sanctuaries and safe havens for al-Qaeda in Iraq and has ensured that there would be an effective recruitment by creating the ideal environment through sectarian rhetoric and divisions.

A British defense study showed last year that about 100,000 militants, fragmented into 1,000 groups, are fighting in Syria against the government and people.

Syria has been gripped by a deadly conflict since 2011. According to the reports, the Western powers and their regional allies – especially Qatar, Saudi Arabia and Turkey – are supporting the militants operating inside Syria.

According to the United Nations, more than 100,000 people have been killed and millions displaced due to the violence. 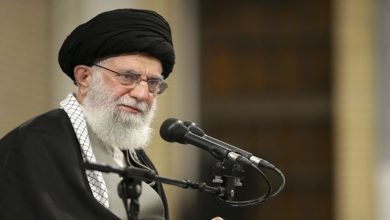 Ayatollah Khatami: Helpful criticism of JCPOA should continue to be allowed in Iran

Iran to Give Crushing Response to Aggressors :Commander