An Iranian senior nuclear negotiator has warned against any new sanctions by the United States on Tehran.

Iranian Deputy Foreign Minister for Legal and International Affairs Seyyed Abbas Araqchi said on Sunday that the Geneva deal between Iran and the six major world powers would be canceled if the US congress approves new sanctions, IRNA reported.

The Iranian negotiator also said that Iran is not ready to hold talks under pressure.

“If the US congress wants to pressure us on new pretexts, we’d say with certainty that we won’t negotiate under pressure at all, and if new sanctions are imposed, the Geneva deal would be canceled,” Araqchi said.

Earlier in the day, Iran and the six world powers – US, France, Britain, Russia, China, and Germany — agreed to implement the nuclear deal they clinched in Geneva from January 20.

Meanwhile, US President Barack Obama said in a statement that he would veto any legislation enacting new sanctions against the Islamic Republic.

“Imposing additional sanctions now will only risk derailing our efforts to resolve this issue peacefully, and I will veto any legislation enacting new sanctions during the negotiation,” Obama said.

On Friday, Iran and the European Union said “very good progress” had been made in talks over outstanding issues pertaining to the implementation of the deal, which was clinched between Iran and the sextet in Geneva on November 24, 2013.

Under the Geneva deal, the six countries undertook to provide Iran with some sanctions relief in exchange for Iran agreeing to limit certain aspects of its nuclear activities during a six-month period.

It was also agreed that no nuclear-related sanctions will be imposed on Iran within the same timeframe. 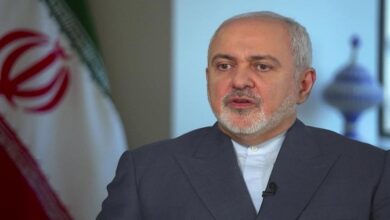