Iran’s Foreign Ministry Spokeswoman Marziyeh Afkham says Tehran has informed US Secretary of State John Kerry of the Islamic Republic’s dissatisfaction with Washington over the implementation process of the Geneva interim deal.

Afkham said on Tuesday that Iran’s Foreign Minister Mohammad Javad Zarif expressed Tehran’s dissatisfaction with the process of the expert work on the details of the Joint Action Plan – recently reached between Iran and six world powers in Geneva – in a phone conversation with Kerry last week.
Iran and the five permanent members of the UN Security Council – Russia, China, France, Britain and the US – plus Germany sealed the nuclear deal in the Swiss city on November 24.
On December 12, the administration of US President Barack Obama issued new sanctions against more than a dozen companies and individuals for “providing support” for Iran’s nuclear energy program.
The US Treasury Department said it was freezing assets and banning transactions of the entities that had ‘attempted to evade the sanctions’ against Iran.
This is while, under the interim deal, the six countries agreed to refrain from imposing new nuclear-related sanctions against Iran over the course of the next six months.
Zarif’s visit to Pakistan
Afkham said Iran’s foreign minister is scheduled to leave Tehran for Pakistan on Thursday to attend the 16th Session of D-8 Council of Ministers, which will begin on December.
The Iranian official added that Zarif will hold talks with senior Pakistani officials and his counterparts attending the meeting.
D-8 consists of Bangladesh, Egypt, Indonesia, Iran, Malaysia, Nigeria, Pakistan, and Turkey.
Iran’s participation in Geneva II conference
“Iran has declared its readiness to help resolve the crisis in Syria time and again,” Afkham said, adding that if invited without any preconditions, Tehran will definitely participate in the Geneva II conference, which aims to resolve the crisis in Syria politically.
On November 25, UN Secretary-General Ban Ki-moon said the long-delayed Geneva II conference will be held on January 22, 2014.
Later on the day, UN-Arab League Joint Special Representative Lakhdar Brahimi said the Geneva II conference on Syria would start “without any preconditions.”
Syria has been gripped by a deadly crisis since 2011. According to reports, the Western powers and their regional allies – especially Qatar, Saudi Arabia, and Turkey – are supporting the militants operating inside the country.
EU lifting Iran sanctions
Afkham described as positive the recent EU statement about lifting sanctions imposed against Iran and said, “We expect the other party to be committed to the Joint Action Plan stipulated in the Geneva deal.”
The Iranian official said Tehran welcomes the move, expressing hope that the statement would be put into practice.
In a statement on Monday, EU foreign ministers said “a swift implementation of the voluntary measures by all sides is now key.”
“Iran has to implement its commitments in good faith. For its part, the (EU) Council is committed to take the necessary steps and to suspend those EU sanctions as set out in the Joint Plan of Action,” the statement added.
According to the statement, the sanctions will be suspended after inspectors from the International Atomic Energy Agency (IAEA) verify the implementation of nuclear-related measures by Iran.
The EU move is in line with the Geneva deal, under which the six countries agreed to provide Iran with some sanctions relief in exchange for Tehran’s confidence-building bid to limit certain aspects of its nuclear activities. 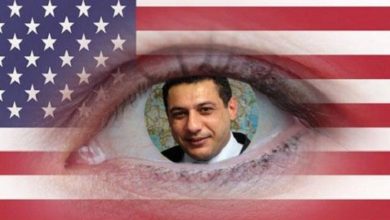