Tehran deplored the US for conducting espionage operations against Iran, alluding to former CIA employee Edward Snowden’s revelations on the case.

Foreign Ministry Spokesman Seyed Abbas Araqchi made the remarks on Tuesday after Snowden revealed that Iran was one of the main targets for Washington’s espionage operations.

“These remarks are nothing new and it is obvious that Iran has always been one of the targets of the US espionage operations and the US officials have repeatedly pointed to this issue,” Araqchi said.

He described the US espionage operations as interference in Iran’s internal affairs, and said, “This move is not acceptable at all.”

The British Guardian daily acquired top-secret documents about the US National Security Agency (NSA) datamining tool, called Boundless Informant, that details and even maps by country the voluminous amount of information it collects from computer and telephone networks.

A snapshot of the Boundless Informant data, contained in a top secret NSA “global heat map” seen by the Guardian, shows that in March 2013 the agency collected 97bln pieces of intelligence from computer networks worldwide.

The heat map reveals how much data is being collected from around the world. Note the ‘2007’ date in the image relates to the document from which the interactive map derives its top secret classification, not to the map itself.

Iran was the country where the largest amount of intelligence was gathered, with more than 14bln reports in that period, followed by 13.5bln from Pakistan. Jordan, one of America’s closest Arab allies, came third with 12.7bln, Egypt fourth with 7.6bln and India fifth with 6.3bln.

The disclosure of the internal Boundless Informant system comes amid a struggle between the NSA and its overseers in the Senate over whether it can track the intelligence it collects on American communications. 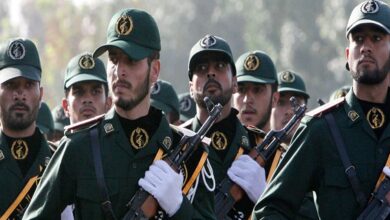 Showing vigilance against enemies’ plots a must