Foreign Ministry spokesman said here Tuesday that terrorist moves in Iraq are aimed at fanning the flames of sectarian disputes.

Ramin Mehmanparast said escalation of terrorist operations in Iraq is in line with hostile approach by the country’s enemies on the threshold of provincial council elections.

He reiterated that the objectives of the enemies are to prevent consolidation of democratic process and fueling sectarian disputes in Iraq.

He further condemned the Monday terrorist blasts in Baghdad and some other Iraqi cities which killed and injured tens of innocent people.

Mehmanparast then expressed sympathy with the Iraqi nation and government, the victim families in particular, on the sad incident.

The Islamic Republic of Iran strongly supports Baghdad’s efforts to bring about security and stability to the country, he noted. 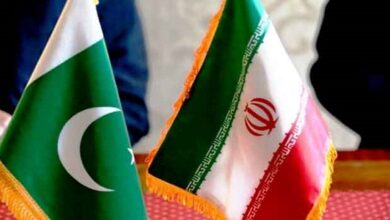 Iran ready to barter electricity with rice from Pakistan: Minister