He underlined that while the Western states try to politically isolate Iran, the presence of at least eight presidents from the Group 15 member states once again confirms the dynamism of Iran’s diplomacy.

He lauded the organizers of Tehran’s international book fair and considered the basis of such a measure as bless full, while noting that this fair conveys the spirit of the Islamic Revolution; the benefits of the rule of religion; acquirement of heavenly rules and regulations in the culture and policy of the family; and Velayat-e Faqih (governance of the supreme Jurist).

Furthermore, Tehran Friday Prayer leader referred to the eight-year imposed war against Iran, considering it to be a confrontation between religion and atheism, while considering as necessary the identification of the different angles of the sacred defense including the devotions of the Islamic Iran Basijis and commanders throughout the imposed war.

Tehran Friday Prayer leader, at the start of his sermon, extended his heartfelt condolences on the martyrdom of Hazrat Fatemeh (SA) to all Muslims, across the world. 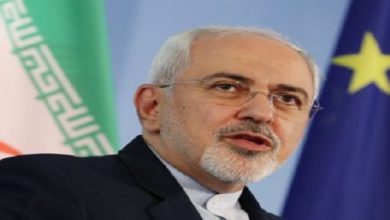 US, Saudi Arabia, UAE not willing to defuse tensions with Iran: FM Zarif