April 25th marks the anniversary of failure of US military aggression to Tabas. Thirty years ago on April 25, 1980, the US staged a military aggression against Iran’s soil with a number of choppers and planes. The US administration, whose different plots to defeat the sacred Islamic system had failed, launched this military aggression with the goal of releasing the spies that had been detained throughout the seizure of US spy den in Tehran. Meanwhile, despite precise planning, usage of advanced equipment, and numerous exercises that the Americans had done in similar locations, this military assault failed due to occurrence of a sand storm throughout the deserts in the vicinity of the city of Tabas, central Iran, while a number of US choppers and planes caught fire; a number of US troopers were killed; and the rest of these US troopers fled Iran’s soil. The Americans had planned to fly to Tehran with a chopper, after landing in the city of Tabas. The occurrence of a sand storm astounded the American officials, who had made all the essential arrangements and had even studied the weather conditions. In fact, with divine blessings, US military aggression was doomed to fail. Meanwhile, in reference to the humiliating military failure of the US in Tabas, the Founder of Islamic Republic of Iran late Imam Khomeini (May his soul rest in peace) noted now that the Great Satan has committed such an absurd act, the honorable Iranian nation should become fully prepared for confrontation with the enemies, with all its potential and through reliance on God’s strength. April 25, 1980 is a memorable day for the Iranian nation. This date is unforgettable for the Iranian nation because on this day the Iranian people were blessed by the Almighty in the face of the enemy’s plot and conspiracy. This day will also not be forgotten in US history, because it showed that sole reliance on military equipment in confrontation with faithful people will not bring about victory. Tabas incident paved the way for further unity and solidarity of Iran’s revolutionary forces, while also proving Islamic Revolution’s righteousness throughout the international community. Throughout the course of this incident, the true ominous visage of the enemy was revealed more than ever and the divine nature of Islamic Revolution was proved to the international community. In fact, this sand storm unveiled the ugly visage of Washington’s rulers and displayed their clear aggression, which was in violation to international rules and regulations. 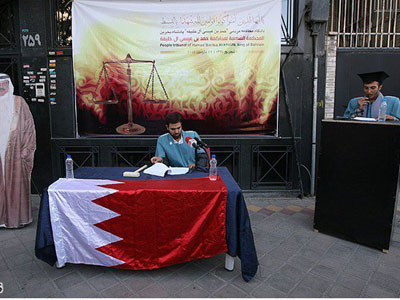