Ayatollah Khamenei stressed that the Revolution will resist all plots as long as it relies on people’s faith and support. The Iranian Leader called on the elite to adopt transparent positions with respect to the enemies and their plots in the country, adding that the presence of millions of Iranians at the celebration of the 31st anniversary of the Islamic Revolution will foil enemies’ plots. The Leader was referring to the annual celebrations marking the victory of the Islamic Revolution that ended the Iranian monarchy in 1979 and led to the establishment of an Islamic Republic in Iran. The “ten days of Fajr (dawn),” as it is known in the country, refers to the anniversary of the period of time between the arrival of the late Imam Khomeini to Iran from exile, Feb. 1, 1978, and the day in which the revolution succeeded, 10 days later. The Leader also referred to the December 27 riots in some Tehran streets, during which protesters damaged public property and clashed with security forces, taking advantage of a nation-wide focus onÂ Ashura mourning ceremonies, marking the martyrdom anniversary of Imam Hussein, the third apostle of the Shia followers of Islam. Ayatollah Khamenei described the overwhelming response by millions of Iranian demonstrators who took to the streets on December 30 to condemning the desecration of the Ashura ceremonies, as extraordinary and a landmark date in the history of the Revolution. 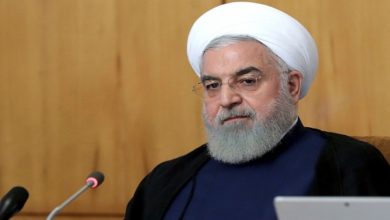