The Islamic Revolution Leader Ayatollah Sayyed Ali Khamenei receiving the Chief of Hamas’ Political Bureau Khaled Mashaal and his entourage regarded resistance and faith in God together with action as the only way to save Palestine. “It is God’s immutable covenant that victory is for those who believe in Him and practice Jihad in His way,” Â Ayatollah Khamenei said emphasizing that the Palestinian cause would lead to a bright future despite present hardships. IRI Leader pointed out two aspects of what is happening in Palestine and said, “One is the Palestinians’ Resistance in the face of the enemy and not yielding. The other is treachery on the side of some Arab leaders disguised as Muslims.” Ayatollah Khamenei praised Hamas leaders’ uncompromising stance and asserted that the Islamic Republic of Iran regards the Palestinian cause as its own and thinks of its support of Palestinians as a religious duty. Pointing to enemies’ efforts to inspire a sense of indifference in Iran concerning Palestine, Ayatollah Khamenei said: “Enemies’ plans did not produce despite employing various methods.” “One of the main reasons behind the arrogant powers’ enmity with the Islamic Republic of Iran is the issue of Palestine and if Iran had withdrawn in the Palestinian issue, many of these enmities would have decreased but we stand firm in this issue and will not withdraw,” stressed IRI Leader. Referring to the Iranian people’s support for the Palestinian issue, Ayatollah Khamenei said: “The idea that the Iranian people believe in support for the Palestinian issue from the depth of soul is because of Imam Khomeini’s blessing who made this issue flow to the depth of souls and faiths of Iranian people.” “If the Palestinian issue is solved in a right way, many problems of the Islamic Ummah would be solved,” he stressed. Referring to latest threats of the Zionist regime against the Palestinian people, IRI Leader added: “If the Zionist regime wages another war against Gaza’s people, it will receive a harder blow and a stronger defeat and will be disgraced in the world more than the disgrace of the previous defeat.” In this meeting, the Chief of Hamas’ Political Bureau Khaled Mashaal appreciated the brave stances of the Islamic Revolution Leader and Iranian people and government on supporting the Palestinian people and presented a report of the latest situation of Gaza Strip and the West Bank. “Resistance is the strategic option of Hamas, Resistance groups and the Palestinian people and we will never surrender in front of political and military pressures,” said Mashaal. Referring to the latest military threats of the Zionist regime against Gaza’s people, he stressed: “If the Zionist regime makes a mistake and wages another war, this time it will receive a harder defeat because Gaza’s faithful people, despite all pressures, now enjoy a higher morale and resistance power in comparison with the 22-day war.”
Tags
We stand firm in the Palestinian issue
December 15, 2009
7 2 minutes read
Facebook Twitter LinkedIn WhatsApp Telegram Viber Share via Email Print 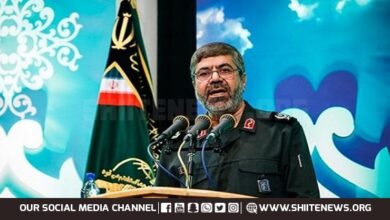 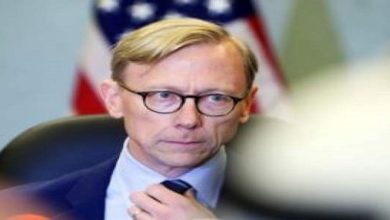