Leader of the Iraqi National Wisdom Movement called to drive American troops out of Iraq as his most important goal.

Speaking at the unveiling ceremony of the ‘Coalition of National Government Forces’ in the province of Babil in Iraq, Ammar-Al-Hakim said: “The Iraqi people today want a strong, independent, stable and prosperous government that is not subject to the wishes of other regional and trans-regional countries.”

Pointing out that Iraq has entered a new phase, he said: “Iraq is in a new phase of political transition and a new regional and trans-regional situation, and it is no longer a country where people can travel without permission or ignore its sovereignty.”

Leader of the Iraqi National Wisdom Movement considered adopting the method of moderation and political stability and keep the country away from regional orientations and strengthen territorial sovereignty with the withdrawal of foreign forces especially the American forces, within a specified time frame, as one of the most important goals of the ‘Coalition of National Government Forces’ in the field of foreign policy.

Explaining the foreign policy of the Coalition of National Government Forces, Hakim added: “One of the goals of this coalition is to try to eliminate crises and resolve unresolved issues in Iraq’s foreign relations and, most importantly, the issue of common waters and demarcation of borders and violation of Iraqi territorial sovereignty based on mutual respect and common interests and sustainable security.”

The leader of the Coalition of National Government Forces stressed that the coalition is seriously concerned about the issues of the Arab world and the Islamic world, especially the issue of Palestine.

Hakim also said that the continuation of the demands of the people and the youth with wide participation in the elections will lead Iraq to a safe shore and the formation of a government that will fulfill the dignity of the citizens and restore Iraq’s position. 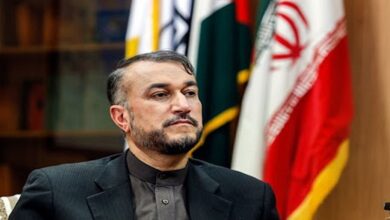