“Establishment of this base is not important to us; when the Great Satan, meaning the US, has set up different bases in the countries South of the Persian Gulf, the presence of the smaller Satan beside that Great Satan is not so much important,” Fadavi said in an interview with Defa Press website on Wednesday.

Stressing that the IRGC enjoys intelligence superiority over the British vessels, he said, “No move in the Persian Gulf region and the Strait of Hormuz is hidden to the IRGC Navy or out of its control, monitoring and intelligence.”

Elsewhere, he referred to the western media hype over the equipment of the US warships in the Persian Gulf with laser artilleries, and said, “Basically, laser is not so much applicable in marine regions due to the high humidity and even if the Americans’ claims on the efficiency of these artilleries are true, they, themselves, have admitted that the range of this artillery is a maximum 500 meters which won’t have any impact on any possible battle.”

Earlier this month, Britain signed an agreement in Bahrain to expand its long-term naval presence in the Persian Gulf region despite the Manama regime’s ongoing harsh crackdown on public dissent.

The pact would give Britain the go-ahead to reinforce its onshore facilities at the Mina Salman Port in Bahrain, where the UK permanently stations four mine-hunter warships, British Defense Secretary Michael Fallon said.

“This new base is a permanent expansion of the Royal Navy’s footprint and will enable Britain to send more and larger ships to reinforce stability in the (Persian) Gulf,” Fallon said.

“We will now be based again in the (Persian) Gulf for the long term,” he added.

The base, which provides support for British destroyers and frigates in the Persian Gulf, will now be expanded to include a new forward operating base and a place to plan, store equipment for naval operations and accommodate Royal Navy personnel.

Bahrainis took to the streets in the town of Sitra, near the British naval base, after the endorsement of the agreement to protest against the UK role in the country.

The protest in Sitra was targeted at British Ambassador Iain Lindsay who many in Bahrain see as “little more than a PR mouthpiece and apologist for the regime”, as Maryam al-Khawaja, a Bahraini human rights activist described. 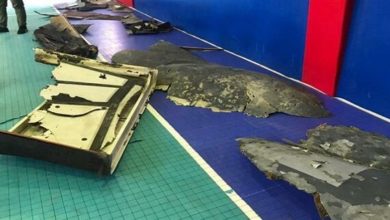 The reason Why Assad Opposed Sending his Family to Tehran or other safe places?