Iran will give a harsh response to any military escapade the US president may resort to, the Iranian envoy to Russia says, after Donald Trump vetoed a congressional resolution that was seeking to limit his power to launch military operations against Tehran without congressional approval.

Kazem Jalali said in an interview with the Sputnik news agency on Wednesday that by vetoing the congressional resolution, Trump followed two objectives, namely to secure victory in the next presidential vote and to have a free hand to launch military aggression again Iran.

“Trump’s actions related to the veto may have two aims. First, this comes in the context of disagreements between political parties in the United States, and of the attempt to secure victory in the upcoming election. Secondly, the US is likely primed for a military conflict with Iran,” he said.

He, however, warned Washington against embarking on any adventurism against Tehran as a harsh response would await it.

“We hope that Trump’s actions are not motivated by the second goal, as Iran will provide a harsh response to any military escapade by the US,” Jalali said.

The remarks came after Trump last Wednesday vetoed legislation passed by both houses of Congress to limit a president’s power to wage war against Iran.

In a statement released by the White House, Trump dismissed the resolution introduced by Democrats as “very insulting,” and part of a “strategy to win an election on November 3 by dividing the Republican Party.”

The resolution was introduced in an attempt to stop Trump from further military action against Iran, after he ordered a January 3 drone strike that killed top Iranian commander General Qassem Soleimani.

Elsewhere in his remarks, the envoy said that Iran has already received several offers by other countries on the purchase of military equipment.

He also said that the country plans to implement certain steps to promote its military capabilities after the United Nations Security Council’s arms embargo expires in October.

“Ensuring its defense needs is Iran’s legitimate right, and when the restrictions are lifted, necessary steps will be made. Up to date, Iran has received offers on deliveries of military equipment and defensive armament, but the existing restrictions hindered such deals,” Jalali said.

In late April, the US circulated to a small number of council members a draft UN resolution that would strike the expiration of the arms embargo from UNSC Resolution 2231 that endorsed a 2015 nuclear deal between Iran and major powers — the US, Russia, China, Britain, France and Germany.

The US move comes although it is no longer a party to the nuclear deal, known as the Joint Comprehensive Plan of Action(JCPOA), as Trump pulled his country out of it in May 2018 and reinstated unilateral sanctions against Tehran in defiance of international outcry and in violation of international law.

Diplomatic sources have questioned the US intentions, arguing the arms embargo cannot be extended beyond the date once it expires after five years.

Russian Deputy Foreign Minister Sergei Ryabkov said late last month that renewing the UN arms embargo against Iran is out of the question.

“For us, the case of the existing ban on arms deliveries to and from Iran was closed with the adoption of Resolution 2231. The embargo regime expires in October this year,” Ryabkov said on April 30, according to Sputnik.

He criticized the US for its selective approach to Resolution 2231, saying Washington itself stopped adhering to its provisions two years ago and has since spared no effort to prevent other nations from abiding by the resolution through introducing unilateral sanctions.

Meanwhile, the head of the Russian Foreign Ministry’s Second Asian Department, Zamir Kabulov, told Sputnik on Wednesday that Moscow does not rule out launching negotiations about arms deliveries to Tehran when the embargo is lifted in the fall.

“Relevant negotiations have not started yet, but they will be quite possible, as the international legal obstacle, which will be in place until October, will be removed,” Kabulov added. 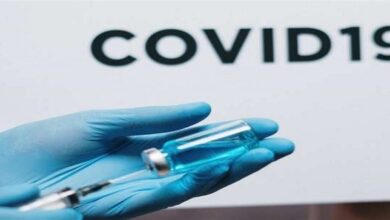 Iran to test human phase of coronavirus vaccine in 2 months 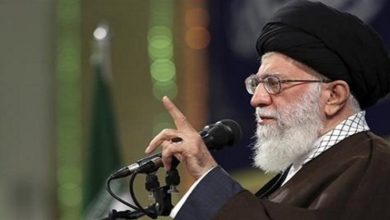 Deal of century is crime against humanity everyone to help defeat it: Ayatollah Khamenei

Compromise with US not to solve Iran issues: Ayatollah Khamenei