Iran’s Leader has warned the anti-martyrdom mainstream, stressed standing against the trend aiming at putting martyrdom into the dis-remember point.

The Leader of the Islamic Revolution of Iran Ayatollah Seyyed Ali Khamenei in a meeting with the members of the headquarters for Martyrs Congress in the Southern Province Of Hormozagan warned about the mainstream that is looking forward to put martyrdom into dis-remembering point .

His Eminence went on to stress that Iranian nation should stand against this trend.

While referring to the long record of people’s struggling and combating in Hormozgan Province, His Eminence called bravery and defending as the valuable deeds which have been institutionalized in the region.

The Leader highlighted that “honoring the martyrs is our duty as there is a policy and malicious movement underway which is aimed at throwing the revolution symbols specially martyrdom into dis-remember point”, while stressing that the Islamic nation should stand against this policy.

Elsewhere, the Leader of the Islamic Revolution called every martyr regardless of his/ her age, and the level of education as a symbol of sacrifice and preparedness for losing one’s life on the path of the righteousness.

Ayatollah Seyyed Ali Khamenei also stressed the necessity of introducing these symbols and the valuable role models to the youth, saying that when countering the movement which does its best to attract the attachments toward the symbols of corruption, secularism and vulgarism, introducing the illuminating faces of the martyrs will make the young love them and follow their path.

His Eminence also called the islands of the Hormozgan Province important in terms of economy, security and history stressing the significance of Iran’s Hormuz Island, by saying: “Off course I know that the people of the Hormuz island have real financial problems for which, the people in charge in the province as well as all across the country together with the revolutions’ streams should deal with each other and take measure to solve their problems. 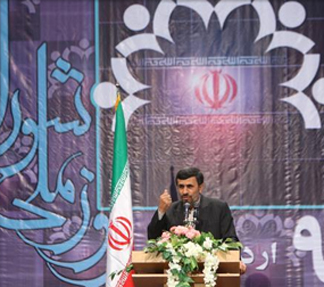 Era of Dictators Over, Palestinian Refugees will Return Home 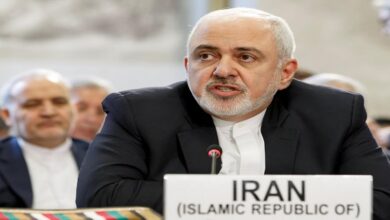 US own restrictions sanctioned American companies out of Iran market: Zarif