A court in Bahrain has adjourned the trial of top Shia cleric Sheikh Isa Qassim amid widespread protests against the move.

The tribunal on Wednesday held a session which lasted only 10 minutes without the cleric’s presence, deciding to put off the trial until August 14.

The Bahraini regime has pressed charges of “illegal fund collections, money laundering and helping terrorism” against Sheikh Qassim. He has rejected the accusations.

The court session on Wednesday lasted a mere ten minutes and adjourned until August 14. Sheikh Qassim was not present at the session.

Bahrain has already sentenced Sheikh Ali Salman, another revered opposition cleric, to nine years in prison on charges of seeking regime change and collaborating with foreign powers, which he has denied.

Sheikh Salman was the secretary general of the al-Wefaq National Islamic Society, which was Bahrain’s main opposition bloc before being dissolved by the regime earlier this month.

Both the trial of Sheikh Qassim and Sheikh Salman are viewed as part of Bahrain’s crackdown on political dissent.

Since February 14, 2011, thousands of anti-regime protesters have held numerous demonstrations in Bahrain on an almost daily basis, calling on the Al Khalifah rulers to relinquish power.

In March that year, troops from Saudi Arabia and the United Arab Emirates were deployed to the country to assist the Bahraini regime in cracking down on the protests.

On the eve of Sheikh Qassim’s trial, hundreds of people rallied in Bahrain to express solidarity with him. Shop owners also closed their stores on the streets and at various shopping malls.

Additionally, local residents switched off the lights of their houses in response to calls by opposition groups and chanted slogans on rooftops in condemnation of Sheikh Qassim’s trial. 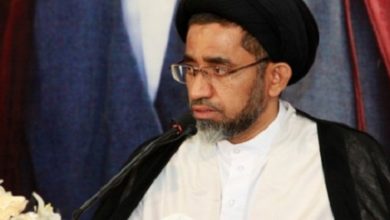