Al-Wefaq stressed that “this crime targets a sacred site where lies the shrine of Prophet Muhammad’s granddaughter Sayed Zeinab,” adding that this attack “reveals the fall of morals and a blatant violation of Islamic principles and assault on the true religion of Islam.”

Al-Wefaq further stated that the bombing is an extremely heinous and brutal terrorist act that goes against humanity. This only shows how important fighting terrorism on all levels is, and how significant is clearing school curricula, media and religious platforms from anything that supports terrorism and strengthens it.” 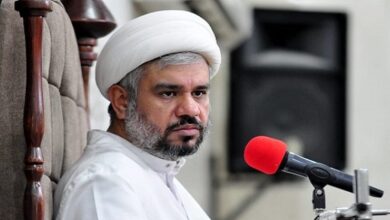 No News Reported about Bahraini Cleric since His Arrival to Bahrain