Israeli Foreign Minister Yair Lapid’s visit to Bahrain has drawn a sharp rebuke from regional resistance groups, which say any attempt to normalize relations with the Zionist entity is doomed to failure, and call for collective efforts against such moves that only contributes to the regime’s occupation of Palestine.

His visit is aimed at advancing the US-pushed normalization deals between Israel and a number of Arab countries, namely the United Arab Emirates, Bahrain, Sudan and Morocco, which agreed to establish formal diplomatic relations with Israel under pressure from former US President Donald Trump.

The Israeli foreign minister is set to open the Israeli embassy in Manama. According to Reuters, he has already signed deals on cooperation in medicine, healthcare, sports, and on water and environmental conservation with his Bahrain counterpart.

The normalization accords, however, have been denounced by Palestinians and the people of the region as “treacherous,” and sparked protests in the countries that signed them.

Palestinian resistance group Hamas denounced Bahrain’s reception of the Israeli foreign minister as an extension of the sin of signing normalization deals with the Israeli regime and a “national crime” against the interests of Arabs and Muslims.

The Gaza-based group’s spokesperson Hazem Qassem said in a statement on Thursday that the move represented an encouragement to Israel to continue perpetrating crimes against the Palestinian people and the holy sites of all Muslims.

“We call on the free peoples of the Arab and Muslim world to raise their voices against normalization, which only serves the Israeli occupation’s interests and its settler-colonial narrative,” Qassem added.

Hizam al-Assad, a member of the political bureau of Yemen’s Ansarullah movement, said the “dissonant voices” striving for normalization with the Israeli regime are “abnormal” and should not be trusted.

In a statement carried by Iraq’s Arabic-language al-Maalomah news agency, al-Assad said normalization with Israel will never succeed in the countries of resistance groups.

“Israel’s attempts to make a breakthrough in the path of normalization here or there, or by drawing the Axis of Resistance countries to this path, are failed attempts,” he said.

The Ansarullah official added that the Zionist regime is seeking to foment ethnic conflicts in Arab countries in order to reach its goal.

According to a senior leader in the Islamic Jihad, another Gaza-based resistance group, Lapid’s trip to Bahrain is part of a conspiracy to change the identity of the region.

In a statement on Thursday, Khader Habib also denounced the opening of an Israeli embassy in Bahrain, describing it as an “intelligence and security outpost” of the enemy in Manama under the name of an embassy.

The Israeli regime “is not a legitimate entity, and therefore relations with it are invalid, and what the rulers of Bahrain are doing in terms of normalization and alliance with the Zionist entity does not represent the Bahraini people,” he added.

Meanwhile, the head of the Fatah (Conquest) Alliance in Iraq’s Parliament also stressed the necessity of confronting efforts to normalize ties with Israel.

“The Fatah Alliance and the men of resistance will stand up against plots to support the normalization of relations [with Israel],” Hadi al-Ameri said.

However, he made the remarks concerning an event in his own country last week, during which more than 300 Iraqi men and women attended a conference in a hotel in Erbil, the capital of the Kurdistan region, during which they demanded that Baghdad join the so-called Abraham Accords and normalize relations with Israel. The event was immediately rebuked by Iraqi resistance groups, which called for immediate action against the attendees, including their arrest.

‘I apologize to Muhammad al-Durrah’

Many on social media noted the coincidence of Lapid’s visit and the 21st anniversary of the Israeli military’s brutal murder of Muhammad al-Durrah and his father Jamal al-Durrah, who became the symbol of Palestinian people’s resistance against the occupying regime.

“On the anniversary of the martyrdom of the child Muhammad al-Durrah on September 30, 2000, Bahrain receives the foreign minister of the deadly enemy!!” tweeted Yousif al-Khaja, a Twitter user.

Another user apologized on behalf of the Manama regime to the Palestinian martyrs. “I apologize to Muhammad al-Durrah,” the user tweeted.

Others also pointed to the coincidence of the two events, saying it carried a message for the world.

On September 30, 2000, Muhammad, a 12-year-old Palestinian boy, and his father were filmed while they came under fire by the Israeli military on the Saladin Road, south of Gaza City. Muhammad was mortally wounded and died soon after.

The video of Jamal trying to shield his son became one of the most powerful images of the Second Intifada. 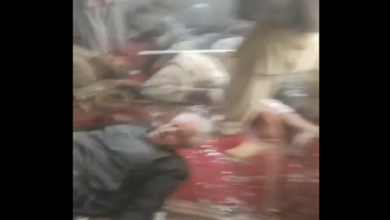 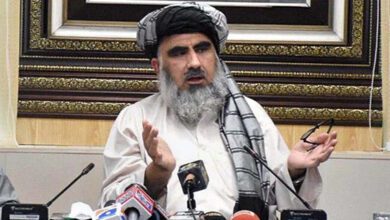 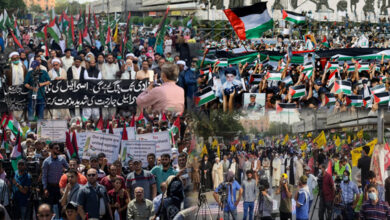 The Israeli aggression on the Palestinian people, protest has spread all over the world, including Pakistan 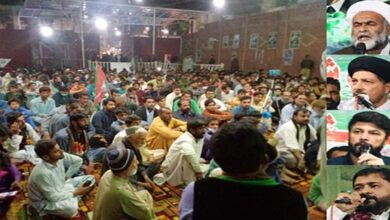