Bahrain Centre for Human Rights (BCHR) issued an annual report on the anniversary of the execution of martyrs Ali Al-Arab and Ahmad Al-Malala. The center asked the Bahraini government to end the illegal use of torture and investigate confessions used in court that were given under torture conditions.

BCHR demanded the United Kingdom, which has continued to support Bahrain, to condemn the court’s use of confessions extracted through torture.

The center said “The death penalty is a punishment that has been fairly uncommon prior to the Arab Spring in Bahrain. The use of the death sentence, however, has increased at a rate that is largely unprecedented in the country’s history. According to a recent joint report by Reprieve and Bahrain Institute for Rights and Democracy (BIRD), death sentences have skyrocketed, rising over six fold since 2011. In the decade prior to the Arab Spring, there were a total of 7 death sentences, contrasted with a striking 51 cases post-2011. It is reported that the individuals who were executed all experienced some form of torture and most probably gave forced confessions. Most of them were convicted of “terror” charges, which is essentially a scare word used by the government to describe dissenters and activists.”

The center explained “Currently, there are 26 men who are facing imminent execution, 11 of which were individuals who were involved in pro-democracy protests. Included in the report were the cases of: Mohammad Ramadan and Hussein Mousa who were both arrested in February of 2014, following their participation in peaceful pro-democracy protests. They were both tortured shortly after their arrest. Mousa was ordered by interrogators to sign a confession that stated that he was involved in a bombing that killed a police officer. This confession, which is considered illegal under international law, since they were forcefully extracted from prisoners through physical and psychological abuse.”

“The confession was used to condemn both Mousa and Ramadan to death. Their phone calls and activities are closely being monitored and policed by guards as a result of the media attention that they have gotten. Authorities have allegedly threatened them with forbidding them from phone privileges, their only means of communicating with family, if they speak about their cases with media outlets. Mohamed especially has expressed that his emotional health has suffered as a result of him perceiving that he could be executed at any time. Both men are currently awaiting their fate,” it added.

The report also tackled the case of death row convict Zuheir Abdullah. He was arrested in November of 2017. Following his arrest, he was subjected to extreme physical abuse by authorities. The abuse included, and was not limited to, electric shocks to his chest and genitals, hitting, and attempts at rape. Shortly after, he was taken to the Royal Police Academy and threatened with further torture. He was eventually coerced into confessing to planting and detonating an explosive that killed a police officer. Abdullah was sentenced to death in 2018. His appeal against his sentence was rejected in 2020. He is currently at risk of execution at any time.

The report highlighted the case of Maher Abbas, who was arrested following the 2011 protests, along with thousands of others who participated and were targeted. He was sentenced to death in January of 2018 on the basis of forced confessions by his co-defendants. The confessions were given under conditions of torture and mistreatment. These allegations were even brought up in court, yet they were largely ignored and haven’t been investigated by an oversight body. Maher was sentenced to death in January of 2018. He is currently at risk of execution, awaiting only ratification from the King. There is also no guarantee that any of his family or news agencies will be provided prior notice of his execution.

“Given these cases and the clear use of torture in extracting confessions, it is imperative that certain methods ought to be employed to protect Bahrainis from being falsely charged with crimes that they have no connection to. Firstly, it is crucial that the government’s own BICI recommendations are followed. The BICI recommends that torture allegations ought to be investigated by an independent body. Although the government established investigative bodies (Ombudsman and the Special Investigation Unit), independent reports from torture experts in both 2017 and 2020 deemed these bodies unfit for the purpose,” the center said.

“In other words, these bodies are simply made to create the illusion of progress with regards to human rights where there is no progress whatsoever. What makes the issue even more complex is that countries such as the UK and the US continue to provide untethered support to Bahrain despite these clear human rights violations. Even more questionable is the fact that the UK recognizes bodies such as the Ombudsman and SIU to be “independent” although reports continue to show that they are not.”

The center stressed that it is very clear that the human rights situation is deteriorating and the number of death penalties in Bahrain is increasing. Also, transparency on the part of the government and fair trial in court is almost nonexistent. Given these concerns, the Bahrain Center for Human Rights (BCHR) recommends that: the Bahraini Government end the illegal use of torture and investigate confessions used in court that were given under torture conditions; allow independent bodies the freedom and opportunity to investigate torture allegations and human rights abuses in prisons and the United Kingdom, which has continued to support Bahrain, must condemn the court’s use of confessions extracted through torture. 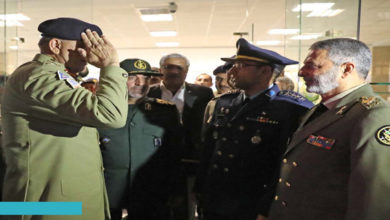 Pakistan Army Chief meets Iranian counterpart and others in Tehran 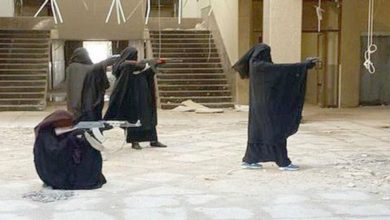 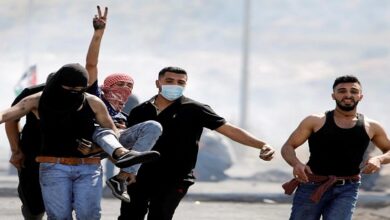