Bahraini authorities arrested Sheikh Munir Mua’tawaq, top Shia cleric for his remarks in opposition to Normalization Deal with Israel. Sheikh Mua’tawaq recently said the deal was signed against the will of the Bahraini nation, Bahrain Mirror reported. He said the Bahraini nation has been known in history to be supporters of the Palestinian nation’s struggle against Zionist occupiers. Abdul Hussein Ahmed, a poet, has also been taken in custody over his opposition to the normalization deal.

Bahrain and the United Arab Emirates signed official agreements at the White House on September 15 enabling full normalization of their relations with Israel. The deals had been announced by US President Donald Trump respectively earlier in September and last month.

All Palestinian factions, Bahrain’s opposition groups, and numerous independent Muslim circles have roundly denounced the normalization trend as a stab in the back of the Palestinian nation and sheer betrayal of their cause of liberation from the Israeli occupation and aggression.

Observers say the wave of Arab-Israel détente serves to both woo the US-based Zionist lobby’s votes for Trump in the upcoming presidential election and deflect attention from a political and legitimacy crisis that the Israeli premier is grappling with. 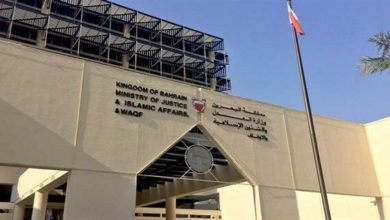