In a video conference with 14 religious figures from the Islamic countries on Tuesday, Sheikh Qassim announced any normalization of ties with the Zionist regime as a betrayal to the Islamic Umma and disaffiliating the religion of God.

The silence of the Islamic Ummah towards the normalization of relations is another betrayal and crime against Muslims, he said.

The senior cleric noted that the Zionist aggression against the Islamic Ummah is going on and the Zionists have targeted the identity of the Muslims and try to completely dominate and humiliate the Muslims.

“Normalization of relations with the Zionist regime is an obvious way to eliminate the Palestinian issue,” Sheikh Qassim underscored.

“The normalization of relations is a cruel way to recognize the Zionist regime and legalize its survival and even to expand its domination over the Muslim and Arab world,” he said. “It is a way to condemn Islam and the Muslim world.”

He added that normalizing relations with the Zionist regime mean condemning the resistance against the occupiers and accepting the destructive role that the Zionists are playing to destabilize the region and the Islamic Ummah.

US President Donald Trump, in mid-August, announced an agreement between Abu Dhabi and Tel Aviv in what he called a ‘HUGE breakthrough’. The agreement seeks to normalize ties between the UAE and the Israeli regime.

Iranian Foreign Ministry slammed the agreement as a ‘strategic folly’, warning of the consequences of the measure. Meanwhile, Palestinian groups unanimously condemned the measure, naming it as an act of treason. 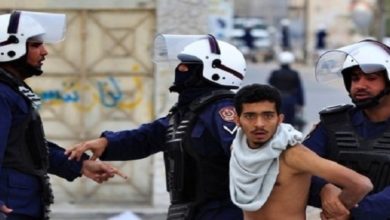