The Al-Wefaq Secretary-General, Sheikh Ali Salman, expressed his deep sadness after receiving the news of Beirut’s explosion, which he dubbed a “disaster”.

From his prison, Sheikh Ali Salman offered his condolences to the people of Lebanon whom he described as patient and sacrificing, stressing that “the people of Bahrain stand in solidarity with you in this great ordeal.”

“I received, with agony, the news of Beirut port explosion,” Sheikh Salman said. “We stand in solidarity with our dear Lebanese people and share their pain in this great ordeal.”

Al-Wefaq expressed its full solidarity and support for the Lebanese country and people, after the earthquake caused by the Beirut Port explosion that occurred on Tuesday evening, August 4, 2020.

It said that the sadness and the pain were sincerely felt by the Bahrainis as they were felt by the Lebanese. The society added that sympathy and solidarity were truly expressed by Arabs and Muslims, as sadness and grief were felt by all the peoples of the Arab and Islamic world.

Bahrainis were saddened by the horrific explosion that rocked Beirut, and expressed, through social media outlets, their deep sadness at what happened.

It is to mention that Khawla Matar of Bahrain, the UN Deputy Special Envoy for Syria, was injured in the explosion, as she was in her apartment in Gemmayze area near the port. 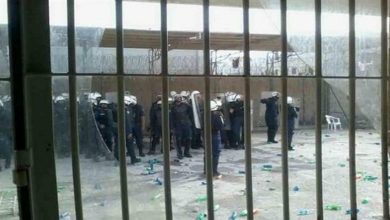