Sheikh Al-Daihi went on to say via his Twitter account that “on this day back in 2016, an urgent judicial verdict ruled the dissolution of Al-Wefaq, within the framework of a number of decisions that aimed at putting an end to the political opposition after years of arresting and trying opposition leaders, in addition to the systematic security and political measures that aimed at controlling everything.”

“We have been talking throughout the past period about the failure of the main goals behind Al-Wefaq’s dissolution, because the Society is not in any way limited to a group of people establishing a political party. Al-Wefaq is an [outcome] linked to the people’s determination and the ripples of their movement aimed at achieving genuine political partnership. It is a cause that will never die.”

He stressed that “Al-Wefaq is bigger than a formation decree under the unjust Political Associations Law. It embodies the objective for which it was established under the circumstances of achieving it, including 13 universal humanitarian principles mentioned in the initiative that Al-Wefaq launched.”

Sheikh Al-Daihi highlighted that “Al-Wefaq will remain steadfast with the wise religious authority, as well as its prominent figures, cadres, religious scholars and beloved people, as it is not limited to names so that it would end with the imprisonment or deportation of its leaders. Al-Wefaq, its movement and thought are engraved in the heart of every loyal citizen. It stands with people in every step of the way and never feelings of hopelessness or defeat come its way.”

“Al-Wefaq buildings were closed and it was prevented from having a public presence in its country; however, its principles and approach are respected and appreciated by every noble and free citizen in Bahrain and the whole world. Al-Wefaq will never cease to exist even with the removal of its buildings or with the imprisonment, deportation or torture of its leaders.”

Al-Daihi noted that “Al-Wefaq was and will remain with the people in all positions, turning points and challenges, and will exist where the legitimate ways are to achieve the aspirations of the people, and will not give up on defending them. His Eminence Secretary-General Sheikh Ali Salman is the best example of this approach; he is sentenced to life imprisonment for adopting these moderate and balanced principles, ideas and visions.”

Al-Daihi addressed Al-Wefaq members and supporters by telling them to “be confident in God’s promise that the truth will always prevail, even if after a long period of time, and not surrender to the attempts that aim at discouraging and undermining your determination.” 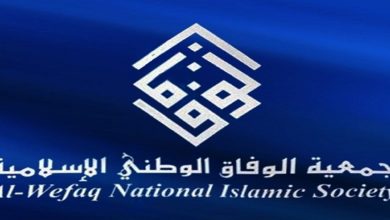 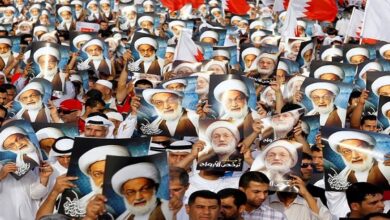