A Bahraini opposition protest movement has called for nationwide dissidence on the eve of the ninth anniversary of the popular uprising against the Al Khalifah regime.

The opposition movement outlined some acts of civil disobedience as school strike on Thursday, and local residents switching off the lights of their houses at eight o’clock in the evening for two consecutive nights.

The February 14 Youth Coalition then urged Bahraini shop owners to shutter their stores as of eight o’clock in the evening on Wednesday, and re-open them on Friday sunset, not to travel along King Fahd Causeway, which connects Bahrain to Saudi Arabia, on February 13 and 14, and to boycott shopping mall on the mentioned days.

It also called on Bahraini people from all walks of life to participate actively in the diverse popular movement as well as various peaceful demonstrations. 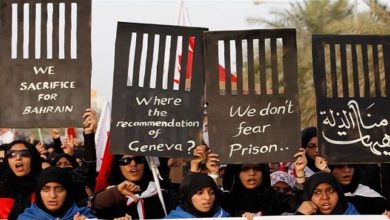