According to the Bahrain Institute for Rights and Democracy and Americans for Democracy and Human Rights in Bahrain that released a damning report on September 11, Bahrain’s political allies in the west are failing to hold the oil-rich nation accountable for multiple reports of human rights abuse.

Ebtisam al-Saegh and Najah Yusuf say, after refusing to work as informants, they were assaulted during an interrogation at the Muharraq Security Complex. The Director of the complex was a beneficiary of a £16,000 UK taxpayer-funded training in 2015.

According to human rights organizations the treatment of female prisoners is just one of the Bahraini monarchies methods of crushing descent and maintaining power. Arbitrary arrests, imprisonment without trial, torture and executions are reported in Bahrain on a daily basis.

Forced disappearances are common and interrogations are reportedly conducted without any legal representative present. Ms. al-Saegh says her interrogator boasted of his reputation for inflicting torture and pain on detainees.

Amnesty International, Human Rights Watch and the World Organisation Against Torture contributed to the report that documents the suffering of these women.

The UK has failed to address the abuses perpetrated against them in any public way, instead relying on statements released by the Bahraini Embassy in the UK that dismisses torture and ill-treatment allegations levelled against Bahraini authorities. And the UK and the US governments continue to supply arms, training and political support to the Bahraini regime. 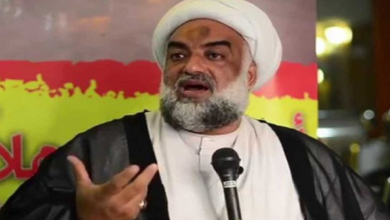 US Scolds Bahrain for Execution of 3 Activists