An independent human rights group has expressed serious concern over the ruling Al Khalifah dynasty’s “ongoing and increasingly severe” clampdown on human rights activists and pro-democracy campaigners in Bahrain, stating that Bahraini officials have revoked the citizenship of hundreds of people since the beginning of the current year.

The Bahrain Center for Human Rights (BCHR) announced in a statement that the Manama regime has stripped 334 people of their citizenship between early January and May 10, the Arabic-language Lualua television network reported.

The report added 261 Bahraini nationals were also arbitrarily detained during the period, including 23 minors.

The rights group further noted that it had recorded a further spike in instances of intimidation and reprisals against civil society in Bahrain throughout the first six months of this year. 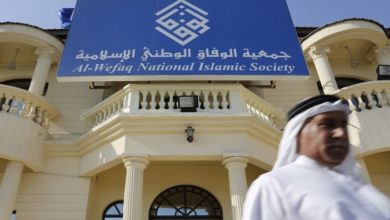 Bahrain’s Seeking to Host “Deal of the Century” is Great Betrayal to Jerusalem: Al-Wefaq