As Iraq’s western border falls beyond the control of the country’s government, a new report suggests the United States and Britain were warned of a burgeoning insurgency months before militants began gaining territory.
According to a report by the UK-based Telegraph, senior Kurdish intelligence officials said they tried to explain to their allies in the CIA, MI6, and the central Iraqi government that the members of the Islamic State of Iraq and Levant (ISIL) could represent a great threat to Iraq’s stability, but that those warnings failed to spark any action.
Kurdish officials also warned that ISIS is attracting foreign-born militants to its cause. Senior Kurdish intelligence officer Rooz Bahjat said that of the 4,000 estimated foreigners fighting alongside ISIL, somewhere between 400 and 450 were born in Britain and convinced to join the insurgency.
These officials also said a formal alliance between ISIL members and ex-Baathists, who held power under Saddam Hussein, was nearly completed, and that it would lead to an attack on Mosul and other cities in northern Iraq.
“We had this information then, and we passed it on to [the British] government and the US government,” Bahjat told the Telegraph. “We knew exactly what strategy they were going to use, we knew the military planners. It fell on deaf ears.”
Since June 10, Iraq has witnessed a fresh wave of violence fueled by the terrorists from the ISIL. The militants have overrun most of one province and parts of three others north of the Iraqi capital, Baghdad.
Over the past days, Iraqi armed forces have been engaged in fierce clashes with the ISIL terrorists, who have threatened to take their acts of violence to other Iraqi cities, including Baghdad. 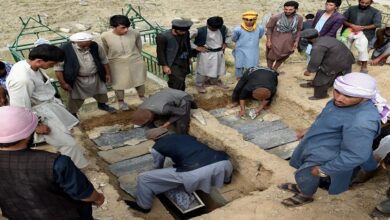 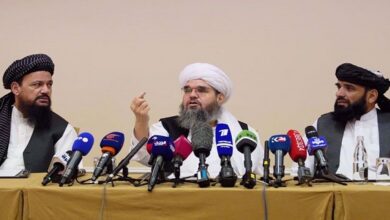