Jamaat-e-Islami Hind (JIH) has strongly condemned the barbaric killing of 27 Muslims, including women and children, in the attack of Bodo extremists in Kokrajhar and Baksa districts of Assam.

While terming it as negligence of the state government about the protection of life and property of civilians, Jamaat demanded the government to award proper compensation to the families of the deceased people, rebuild their destroyed homes and take strong legal action against the culprits.

Expressing sympathy with the victim families, Secretary General of Jamaat Nusrat Ali, in a statement, copy mailed to IRNA, said it is extremely sad that not long ago around 5 lakh people were rendered homeless in Assam, a large number of people were killed and their properties and homes were destroyed.

Not all the victims have been rehabilitated yet. Notwithstanding, the government caught unawares and its negligence and indifference resulted in another bloodbath.

Nusrat Ali said the situation demands the state government to sincerely assess its repeated failures and in order to execute its constitutional duty, take effective steps to protect the life and properties of the civilians and establish peace and communal harmony.

It should be noted here that Jamaat has continued helping the affected people of the 2012 anti-Muslim riot of Assam. This time also, members of the Jamaat have started relief work for the victims. Jamaat’s central secretary for social service has reached the area soon after the Friday incident, and is helping and guiding the affected people.

Meanwhile, Union Minister for Minority Affairs K Rahman Khan said statements made by Narendra Modi against illegal Bangladeshi immigrants led to the ˈmassacreˈ of innocents in Assam and urged the Centre and state government to take immediate action to help the victims.

ˈStatements of BJP leaders, including their PM candidate Narendra Modi, have led to this massacre. It is the NDA government which was responsible for creation of Bodoland Autonomous Council against the will of the majority of population of the region.

ˈNow by making statements against the vast majority of people in Bodoland area they have created tension which led to this tragedy,ˈ he said in a statement.

32 people were killed, several others injured and thousands rendered homeless in two districts of Assam after attacks by militants belong to the anti-talks IK Songbijit faction of National Democratic Front of Bodoland (NDFB-S). 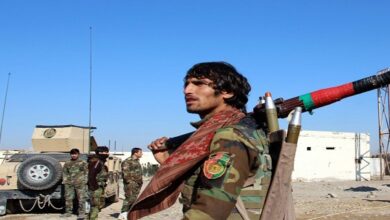